L.O.U. new album ‘The South Side of Things’ was released on May 5th of 2017 and produced by Big “O” with Vintage Soundz Productions. L.O.U. introduces the album about his childhood growing up in Southside Jamaica Queens. That he had a decent childhood but his main goal is reaching out to a broader audience with his music. ‘Pay attention’ goes into being aware of your surroundings and those around you. ‘Current Mood’ reflects on the struggles and progressing onto the next level. 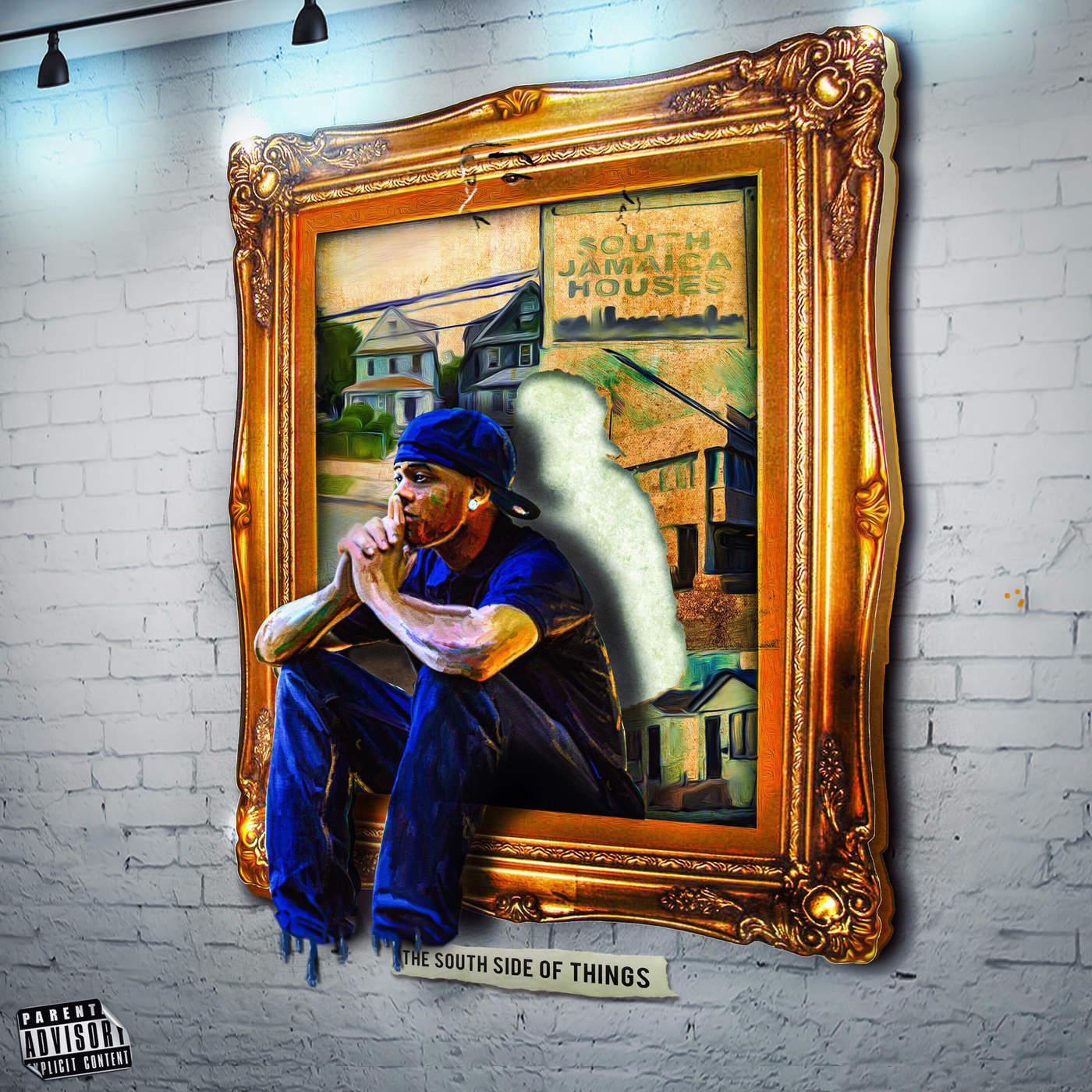 ‘Nothings Gonna Get Me Down’ is just that nothing will get in L.O.U.’s way of rising to the top. That he is going through a lot that some know and some of course do not. That he will get through it because God got him. ‘The Southside of Things’ with soulful vocals by Raye Cole on the hook. L.O.U. speaks he wanted to be just like Nino but he knew should take a different path in life. Him not being able to see eye with eye with his mother and moving with his dad to Bedstuy. Being told he was nothing from his mother he made the decision to take rapping serious. Raye Cole ends the song with a poetic flow of what the southside of things truly is like for those who experienced it.
‘Who Would’ve Thought’ (feat. Skyzoo) in an upbeat tempo raps a flow on how far he has come with his rap career. That all the trouble he went through is for a reason. ‘No Hold Backs’ L.O.U. is coming after anyone in his way of getting to where he needs to go in his rap career. L.O.U. is not holding back anything with his lyrics. At 2:27 the beat slows down and L.O.U. goes more into how he is coming for the top.
‘No Way-No How’ (feat. Magdalena) is a more mellow track that goes into never holding your head down and it’s L.O.U.’s time to spread his wings. L.O.U. is ready to bring the real to an industry full of fake. L.O.U. is aware of record labels going through artists and he is prepared to make sure that will not happen to him.

‘Reflection’ is L.O.U. is reflecting on his music career and his overall reflection of himself. ‘Meet The Parents’ is speaking to his parents the first verse is him talking to his dad flip flopping ways. That one minute he is supporting him and the next moment he is speaking against him. The next verse L.O.U. is speaking of his mother and how she is very judgmental and never had respect for him. That his mother lied a lot on him because of her lack of understanding of him. The song ends with a conversation between him and his father and the disconnect that they have because of miscommunication. ‘Gravy’ (feat. Maze Rockwell) raps how some people disappointed him on promises that they made. Despite the disappointment he will and always will be good in other words everything is Gravy. The Outro of ‘The South Side of Things’ L.O.U. keeps saying he doesn’t want to rap anymore.

Review written by MuzicNotez writer Shanet
The most popular MuzicNotez Magazine posts each week are awarded as our “Pick Of The Week“. Help this feature win by sharing it around.