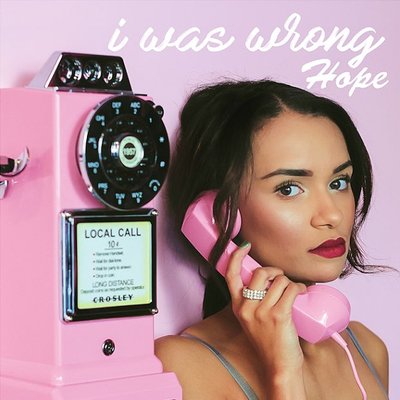 Congratulations to Las Vegas Pop artist Hope on winning the MuzicNotez Electropop Battle! This is the first time we ran a full battle in this particular genre, and Hope proved her dominance with an overwhelming victory. The song she went into battle with and won is entitled ‘I Was Wrong’. However, she was clearly right to select that song, as it brought her the crown!
Now we have 3 of the ultimate 4 finalists for the eventual Championship Battle. Next up, the Wildcard Battle, which features an array of genres.
Watch the video for ‘I Was Wrong’ below and enjoy!
iTunes DOWNLOAD: ‘I Was Wrong’