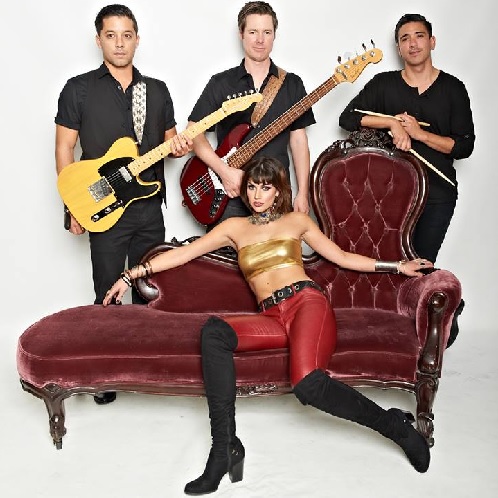 The female fronted rock group in Southern California, Dynamo, just released the official live performance music video for the new single ‘Knowledge’, which is set to drop February 23rd. The sultry and soulful vocals are sung by the beautiful Nadia E, whom proves to be a powerful force! The backing band delivers all of the aspects of an amazing Rock N’ Roll track with ‘Knowledge’, a catchy bass line (Nick Schaadt), perfectly timed drum fills (Ian Nakazawa), powerful riffs and electric solo’s (Jacob Mayeda & Carlos Berrera).
I’m glad they decided to release a live performance music video for this track, as it really showcases the high energy chemistry Dynamo has on stage and while jamming together. The show was filmed in Los Angeles, and proves that if the Dynamos are ever playing in your area, you need to catch this show! We can’t wait to hear what’s next!