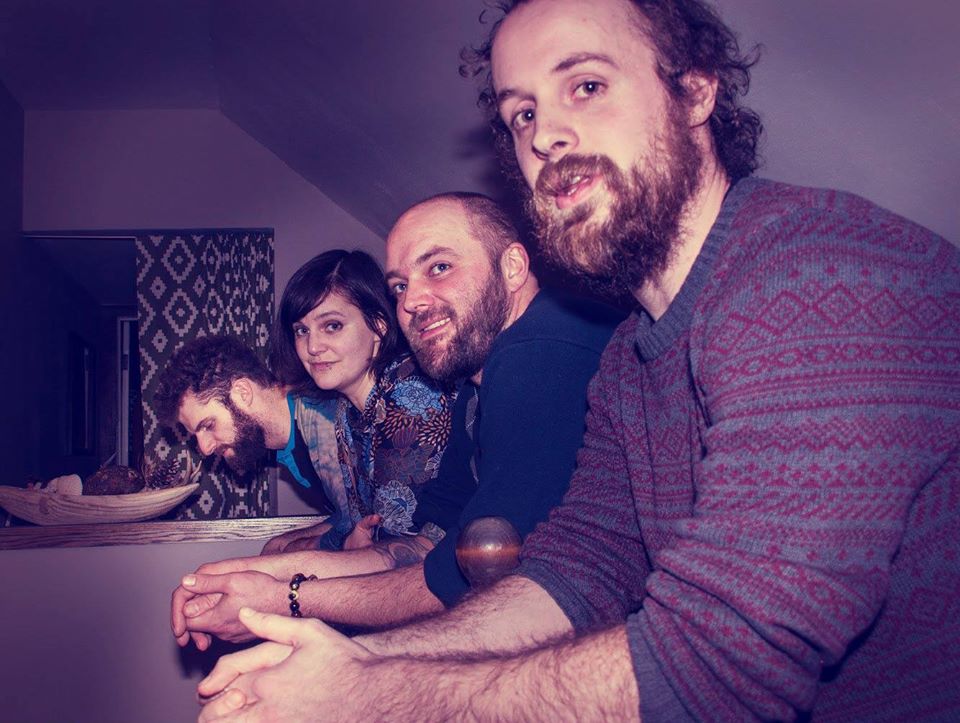 “Critic’s Choice” by Rocket Paloma is a stunning power pop melody that is captivating in structure and formulaic in a high and low dynamic manner that harkens back many a Frank Black compositions. “Critic’s Choice” bounces like the brightly colored vending machine balls that youth clamor to upon exiting any retail chain. Just like the shiny compressed pieces of rubber, the kinetic energy of the song pounces at varied intervals and then retreats into an unpredictable melodic striking pose. Each rhythmic thrust of this track is deceptively layered with the powerful belts of lead singer, Joanna Kerner, and her imitable vocal weaving between the composition dynamics. “Critic’s Choice” has all the markings of a stand out radio hit that just needs the initial buzz to generate a listening audience. Just one listen and the tune will be ensnared in your subconscious for hours.
Rocket Paloma is four-piece ensemble from Milwaukee that have begun to garner quite a bit of local attention. The band has been seen on festival circuits like Milwaukee’s inaugural Fringe Fest and performing a headlining set at Bay View’s Chill on the Hill. Other brilliant pieces by the band can be found on SoundCloud, and Bandcamp. Considerations to catch this band live should be planned now before the other half of the listening universe discovers what they are missing. Trust me, the scant few minutes spent listening to this single by Rocket Paloma will be some of the brightest of your day. And cliché as it may sound, this is the “Critic’s Choice”.

This review was written by DB Dale. Follow him on Twitter @TommyTutone5
The most popular MuzicNotez Magazine posts each week are awarded as our “Pick Of The Week“. Help this feature win by sharing it around.