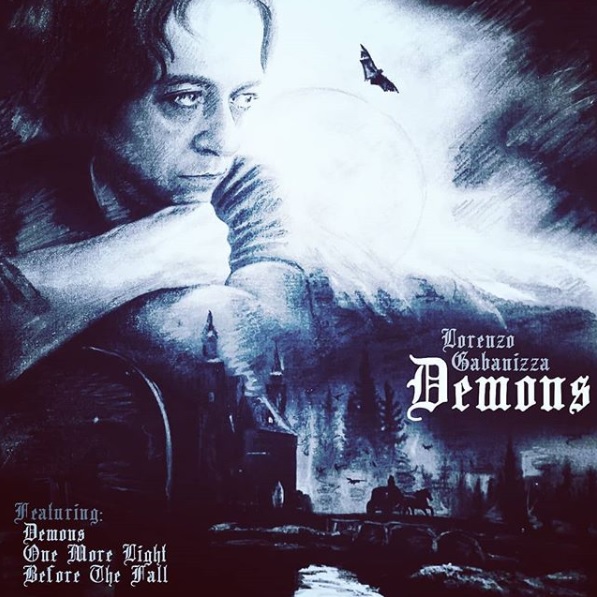 The veteran composer and singer from Italy, Lorenzo Gabanizza, has just released the official music video for his single ‘Demons’. This is the title track of the recent EP release. Lorenzo is more than a rock artist though, he’s also a mental health activist, helping to fight against depression. All of Lorenzo’s royalties for the EP are being donated to Talinda Bennington’s association ‘320changedirection’. Which is of course also supported by Chester Bennington’s former band Linkin Park.
The subject of this song is of course the demons that circulate in people’s minds, leading to debilitating depression. Lorenzo has suffered with these demon’s, just as other artists and people like Chester Bennington, and it’s not making music to help himself and others to fight against it. One of the most important things you can do, is let others know you’re there for them, and that nobody is alone with these demons. Lorenzo Gabanizza is doing just that with the release of ‘Demons’, and we hope it helps those in need.