“I’m gonna do this by myself!” Palm Palm’s frontman J. Roddy Walston sings, howls, and then shrieks on the band’s presumptive debut single ‘Heavy Chops.’ The lyric captures the spirit of the band and their live show, with everything from their stage setup to their attitude evoking images of loading up a van, hitting the road, and building a following night after night, city after city. However, don’t be confused by the DIY vibe, the band is professional in every sense of the word. From the songwriting to the musicianship, Palm Palm will have you dancing, moving, sweating, and singing along to every song. Their live show is an energetic and loud display of pounding and pulsing drums, guitars that run the gamut of technical to fuzzy, and Walston’s signature piano, which he famously plays more like drum. 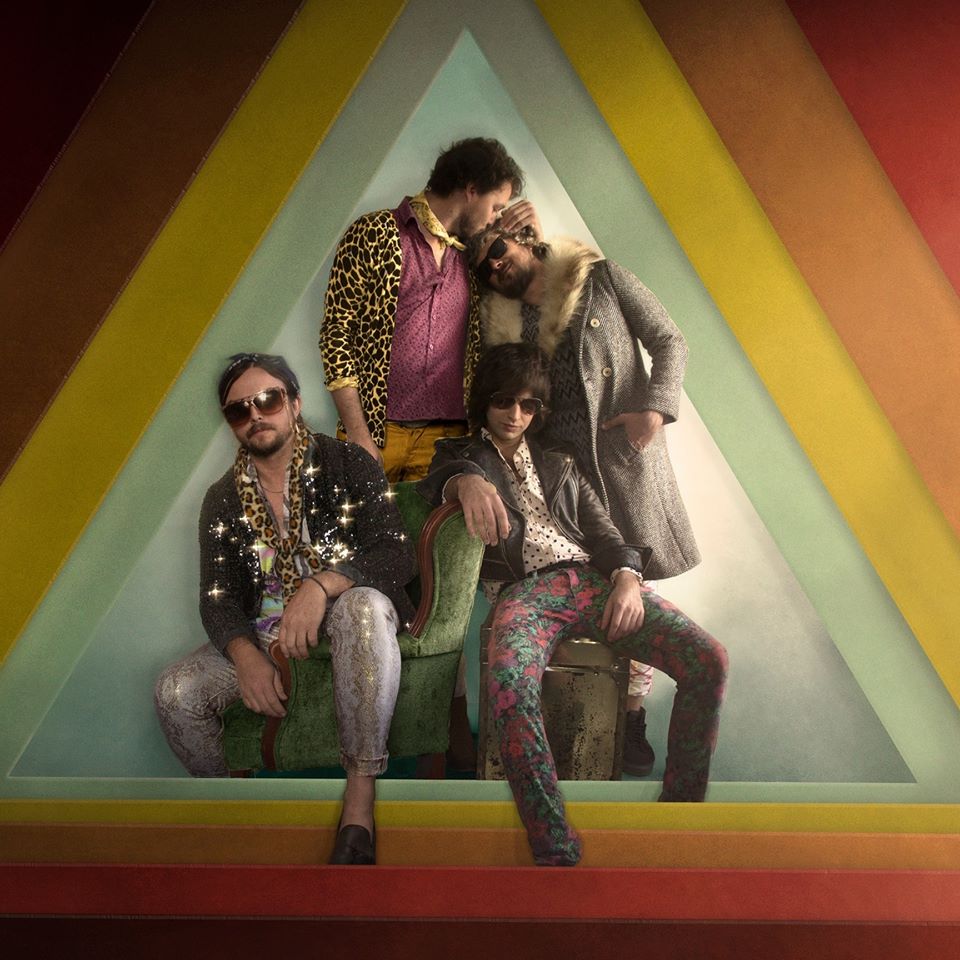 The Richmond, VA band consists of Andrew Carper (The Southern Belles) on bass, Raphael Katchinoff (The Congress) on drums, Charlie Glenn (Avers) on guitar, and J. Roddy Walston on piano, guitar, and vocals. Walston, formerly of J. Roddy Walston and the Business, brings a substantial following and, thus, substantial expectations. Palm Palm does not disappoint. Experiencing them live raises excitement for their debut album, with songs that are catchy, explosive, and always powerful. The band seamlessly builds tension within each song before crashing into their forte: guitar and piano driven kinetic energy that forces everyone in the crowd into motion. Along with ‘Heavy Chops,’ songs such as ‘Grip’ and ‘Cut The White’ are standouts that you will want to play on repeat. Their first tour has been postponed after only a couple of dates due to the coronavirus pandemic, so for now we must make do with the high quality, hour long show posted online (link below). Once we are all able to rejoin society, I suggest grabbing a group of friends, finding the nearest plane, train, bus, or bike, and getting to Palm Palm’s next show. Walston and company will have no problem helping you knock off the rust of a weeks-or-months long quarantine and reintroducing you to social-undistancing. At that time, as the band would say, it’ll be time to juke.