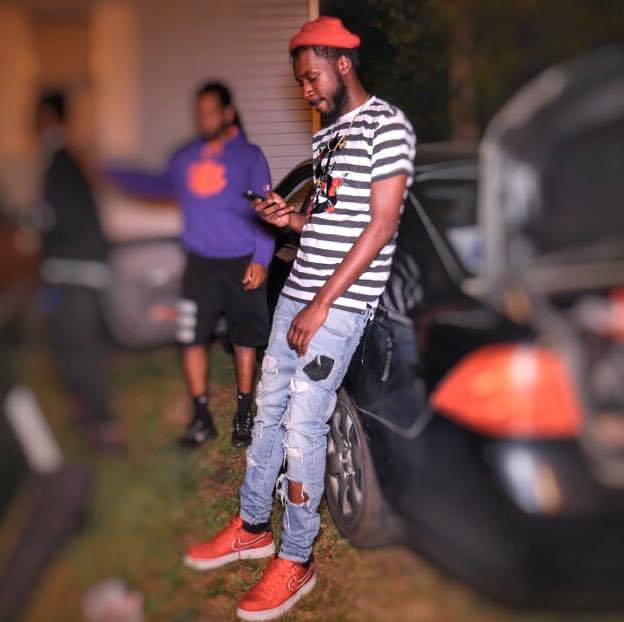 JAYBANDZ4K a.k.a. Jahnire Melvyn Coleman is a 23-yr. old American Rapper/Artist and Songwriter. JAYBANDZ4K was born in Chester, PA. He found his love of music early in life from his dad and brother who were also artists. JAYBANDZ4K was an aspiring basketball player while in Middle School. Chester, PA is one of the Top 3 Cities for murder. There’s a lot of poverty, and gang violence in his city and a way for him to cope is to rap. JAYBANDZ4K used Basketball as another way to cope with the violence and poverty in his city.

His unique sound and lyrics compliments what he raps about, which is, making a better situation for him and his family. He moved to Syracuse, NY and start pursuing his rap career with his brothers, the group was called 4K. He still didn’t take things serious until he moved to South Carolina at the age of 21. After that move, he decided he was ready to commit to pursuing his rap career fulltime. After One year, he signed a small distribution deal with “BENTLEY RECORDS”. He began to link up with local aspiring Rappers/Artist with the same goal as him. JAYBANDZ4K has been grinding and letting everything fall in place!

JAYBANDZ4K Songs has inspired others with his captivating sound and lyrics that connects his audience to him. His first song released under “BENTLY RECORDS” titled “You Beefing” can be streamed on Apple Music along with some of his other music.

Grab the single ‘You Beefing’ now »

This review is written by MuzicNotez writer Tanya Browning