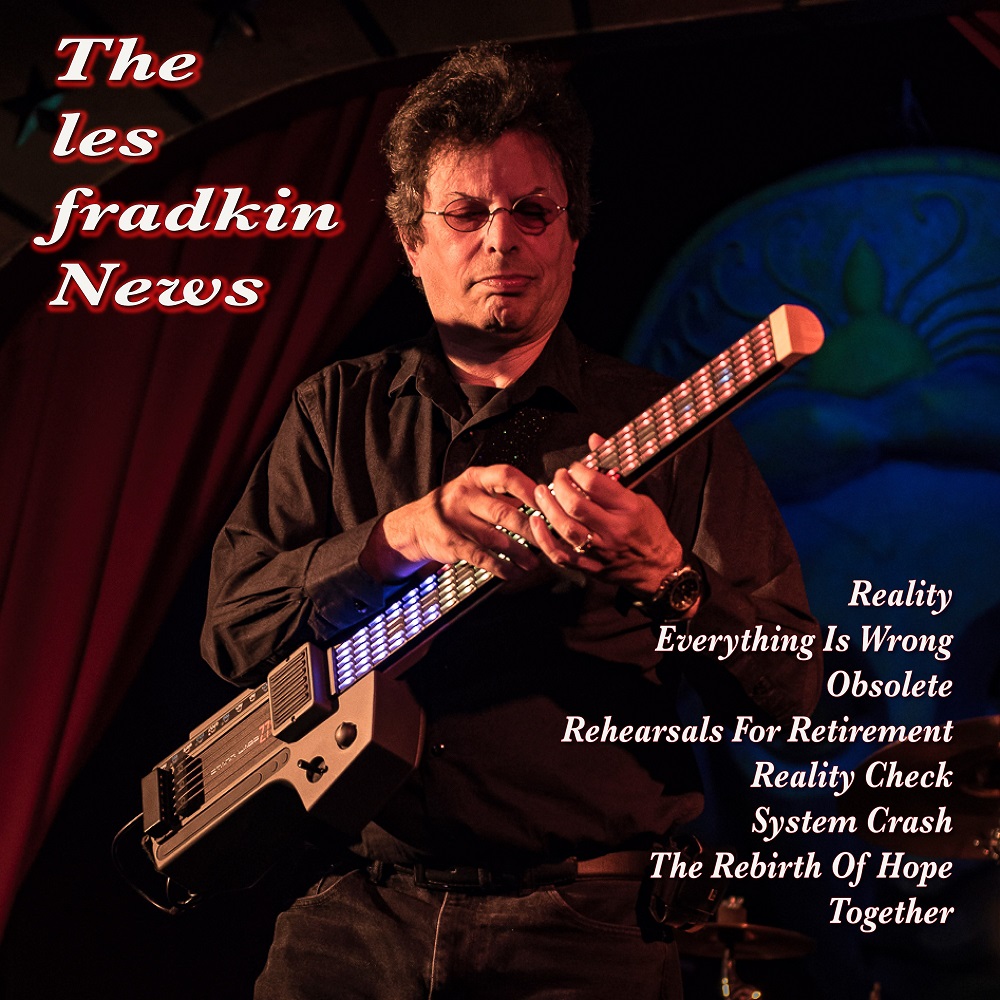 Les Fradkin is a producer, composer and guitarist, to name a few things. His latest album release is entitled ‘The Les Fradkin News’. He has a unique style and sound all his own. Creating a totally original futuristic, progressive and neo-classical rock sound. Over the years he’s written chart topping hits and starred in the Original Cast of the Broadway play “Beatlemania” as George Harrison in the 70’s. His impressive and storied history is too long to list here, but check out his website to learn more about that.

As for today, the Colorado producer Les Fradkin released his new album ‘The Les Fradkin news’. The 8 track album is totally written and produced by Les Fradkin. The tracks on this album were actually written back in 2003, accurately predicting our current turbulent times. No more poignant track in this respect than ‘System Crash’. The music itself has an epic and mystifying rock opera vibe throughout. Have a listen below, add to your playlists, and be sure to grab your copy via iTunes or Amazon.

The Hawkins’ New Single ‘Hilow’ from Upcoming Album “Silence is a Bomb”
Did Coheed and Cambria Just Create a New Genre?