Is your volume turned to 11? Once it is, push play on Swedish rock band’s new single, ‘Hilow.’ Hailing from Arboga, Sweden, four-piece The Hawkins have released the latest single off of their upcoming album, “Silence is a Bomb,” due for release September 4th.through The Sign Records. Formed in the first half of the 2010’s and releasing their debut LP, Ain’t Rock n Roll, in 2017, ‘Hilow’ highlights the evolution and growth of the band. The single is decidedly more polished and ever so slightly more radio friendly, a small shift from the band’s earlier releases. Don’t worry though, the rock still rolls, hard.

‘Hilow’ is a thumping, melodic onslaught of a song about lost love. Lyrically, the song starts from the point of view of the subject standing alone with the “autumn leaves” reflecting back through the sometimes sweet and sometimes agonizing memories of the ending of a relationship. From there, it takes the listener through the universally understood stages that a breakup can take on. The first separation, the reconciliation due to promises of changes, the realization nothing has changed, the exhausting back and forth grasping for something that is not there anymore, and finally, the end of the relationship. In between each of these stages, lead vocalist Johannes Carlsson sings of the highs of her “rosy smile” and the lows of her “tears that flow” that he carries with him at all times. The up-tempo pace and tone of the music is the yin to the content of the lyrics’ yang. Joining Carlsson, guitarist Mikael Thunborg, drummer Albin Grill, and bassist Martin Larsson waste no time launching into their triple guitar and hammering drums attack. Grill’s drumming in particular creates the personality of the song. The Hawkins are in your face from the opening second and do not stop until the last note. Check out the official music video for the single, head over to iTunes for the single, and mark your calendars for the Bomb to be dropped September 4th! 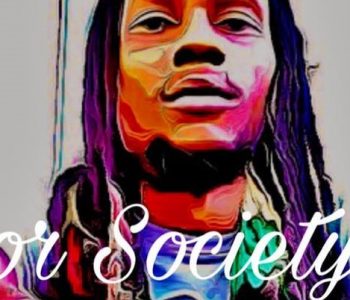