Runner Alone in the Dark: J Roddy Walston and the Creativity of Musicians During the Pandemic

It’s no secret that the music business is at the top of the list of industries hit hardest by the pandemic. As an ecosystem that relies on the gathering of people, the survival of venues and artists become more and more tenuous with each passing day. Many of us have received emails from our local venues asking for donations or asking for signatures on petitions to senators as the months pass by without a stimulus package. Artists and bands are in the same situation as the venues: figuring out how to pay their bills, how to survive. The reaction of musicians to this unforeseeable blindsiding has been inspirational in every sense of the word. That reaction? To lean on what got them here in the first place, creating art. Beth Hart’s 1999 album was named Screamin’ for My Supper. That sentiment is apropos to what many of our favorite artists are doing to make it through to the other side of the shutdown. Live streaming performances from their living rooms on social media, playing to an empty room at their local venues (and again streaming directly to fans), releasing new music with no tour to promote it, and playing in Bandcamp Fridays are just a few of the ways that bands and musicians are attempting to offset some of their lost revenue, all while making the pandemic a little more bearable for us. Here’s the kicker: most of the artists and bands are relying on optional donations from fans watching these live-streamed performances. Under the link to the performance where you are watching, you will usually find links to the band’s Venmo, Cash App, and Paypal accounts. 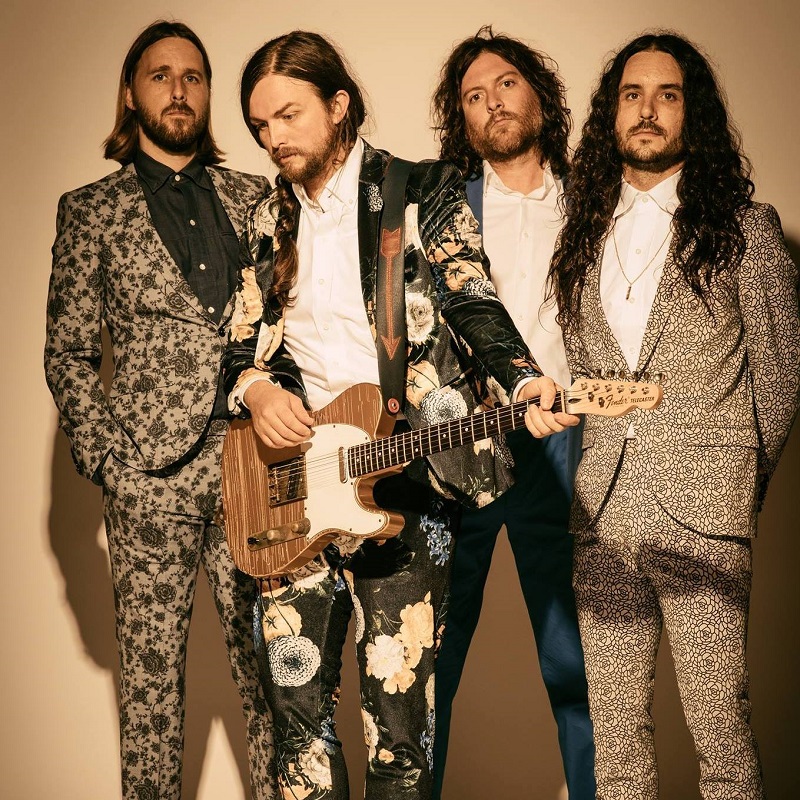 One artist who has taken a unique approach to creativity and earning money during the pandemic is J. Roddy Walston. On October 29th, Walston debuted Manual & Digital Stimulations Volume 1, an amalgamation of a documentary, an interview, and a live show. The nearly 43-minute episode, presented on YouTube, features Walston alternating between discussing his past with a friends and performing solo on the piano. He is shown throughout in and around his self-made recording studio. The resulting episode feels like you’re hanging with a few buddies after the house party has died down a bit, you’ve slid into the part of the night where deep conversations materialize, and your musical friend brings out the acoustic guitar which inevitably leads to group sing-alongs and deeper connections (remember when we used to be able to do that?!). Except in Manual & Digital Stimulations Volume 1, your musical friend is a world class musician and entertainer, and his instrument of choice is a piano. The excitement of the episode is increased tenfold by the choice of songs that Walston chooses to include. Of the nine songs performed, seven (!) are versions and arrangements of JWRB songs. Included are ‘You Know Me Better,’ ‘Blade of Truth,’ ‘I Think of You,’ ‘Boys Can Never Tell,’ and fan favorites ‘Marigold,’ ‘Don’t Break the Needle,’ and ‘Take It as It Comes.’ Adding another delicious layer to this offering is the fact that Walston debuts two brand new songs, ‘Beta Testers’ and ‘Runners Alone in the Dark.’ Both are J Roddy at his best – deep, catchy, soulful, powerful, and emotion-invoking. Are they songs meant for a solo album? For his new outfit Palm Palm? Were they just for the sake of art for that October Thursday night – never to be properly recorded and released in the traditional sense?

Here is where the mystery, genius, and uncertainty of what Walston and so many other artists are doing collides. Are these releases and performances that are necessary for their survival now part of the grander plan for the future? Are they for this moment only, to bridge the gap until we can all meet again in sweaty, loud, jam-packed venues? Is it combination of both? Many artists probably fall somewhere in between, but a few things are certain. One, listen and enjoy while you can. The things you are hearing now may not see the “official light of day” once the pandemic is over. Two, they are making the pandemic bearable. Imagine no new music, no upcoming streaming performances, nothing to look forward to during this insufferable time. Three, they deserve our support for making the pandemic bearable and also to ensure we get to hear them on the other side. When you watch a live stream, are gifted a new single, or see a new documentary, donate. When you are listening to back catalogues in between your Zoom meetings for work, donate. When your Friday night leaves you no other options but to pull out a bottle of wine or whiskey and press play on your favorite music, donate. Our venues, our artists, and our bands are all a huge part of what makes society fun and exciting and good. Think of it as back pay for amazing nights past, a thank you for present streams and releases, and an investment in future experiences still to be had. And if its not explicitly clear from this article, I highly suggest checking out J Roddy Walston’s Manual & Digital Stimulations Volume 1. And then dig into his extensive back catalogue – it could change your life. And donate. And then go buy a damn t-shirt! See you on the other side – when we’re able to celebrate this music together again at places from the Whisky a Go Go in Los Angeles on the West Coast to The Broadberry in Richmond, VA on the East!