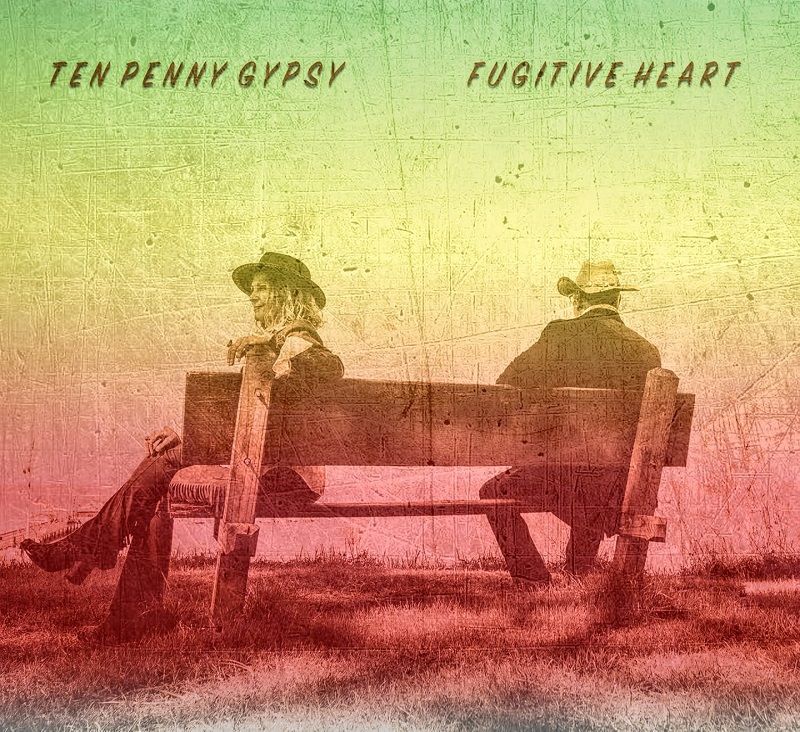 The latest album from the Arkansas Americana – Folk duo Ten Penny Gypsy is entitled ‘Fugitive Heart’. The ten track album was released back in July of 2020 and is their second full length album. This album was produced by the former Neil Young band member Anthony Crawford (also part of several other award winning groups – past and present), whom also produced their debut album. Justin Patterson and Laura Lynn Danley were successful solo artists that formed the duo Ten Penny Gypsy but they get help from other stars such as Crawford and Buddy Case on the album.

Fugitive Heart is just so easy to listen to. From the beginning to end it’s so well done. You don’t feel the need to skip tracks or fast forward, just press play and enjoy every note. The instrumentals are sharp, the writing is brilliant and the vocal harmonies are smooth. If you want a break from all the news and politics of today, this is a great album to listen to and remember whats great about this country. It’s no wonder that Ten Penny Gypsy has already been nominated for so many awards such as album of the year.

The latest single release from this album is ‘Making Headway’ which you can view the official music video below which dropped earlier this month. Also, listen to the album via Spotify and please add it to your playlists like we did!