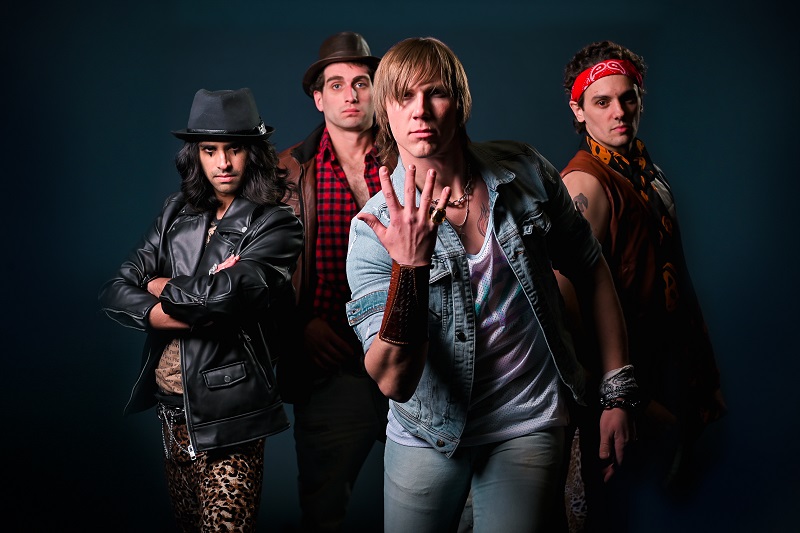 Lÿnx have released their debut self-titled EP earlier this year. The band is inspired by the glam rock bands of the 80’s. Their sound is an infusion of modern hard rock and retro 80’s rock. Lÿnx is based in Calgary, Canada. They were actually formed during the 2020 pandemic, so at least that’s something good that came from last year! The band was initially created by the lead vocalist Lazer and lead guitarist Blade. After their successful collaboration on the cover of Lewis Capaldi’s track ‘Someone You Loved’, (then the group was named Lazer Blade) they formed the band we know now. Fangs joined on to play bass and Flash on the drums.

The new debut EP has 5 original tracks, plus the cover that started this whole thing off. This EP has everything you loved from the 80’s rock hits, along with the modern twists to kick it up a notch. You have the soaring guitars to get your head bobbing and the catchy lyrics to sing along with. They have all the swagger and charisma you would expect from a new age glam metal band too.

There’s no better example of their fusion of old and new than the aforementioned cover of ‘Someone You Loved’. This is a marriage you wouldn’t think would work on paper, but is brilliantly done. Then you have the hard rocking tracks in ‘Shout Out Loud’, ‘Rock N’ Roll Tonight’ and ‘It’s Time To Party’, all should be added to your party playlists. But the 80’s rock vibes wouldn’t be complete without the classic ballad, which Lÿnx gives you with ‘Hold Me Tonight’. This is a really solid, fun band that we’re excited about and can’t wait to hear what’s next. So crank it up and press play!

Grab the debut EP from their site here »

Check out the full interview with the band here »