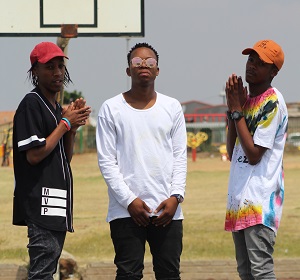 The South African rap group Trillest Trvppvz includes the artists Aqua EeZy, Junntal Caesar and Godson Prime. The group is a part of their own label as well ‘Cloud Nine The New Era’ which also has Nessy and Geniiy.
All of the artists release their own solo work, but together as Trillest Trvppvz they’ve released a lot of singles, the debut mixtape ‘#WeGlobal’ and ‘Then Before Now’. Next year they’re set to release the follow up ‘#WeGlobalToo’, so stay tuned for that one!
The beats are solid throughout and the flow is tight. This group has a very bright future, and you can be sure to hear more from them here. Check out their ten track release ‘Then Before Now’ below.