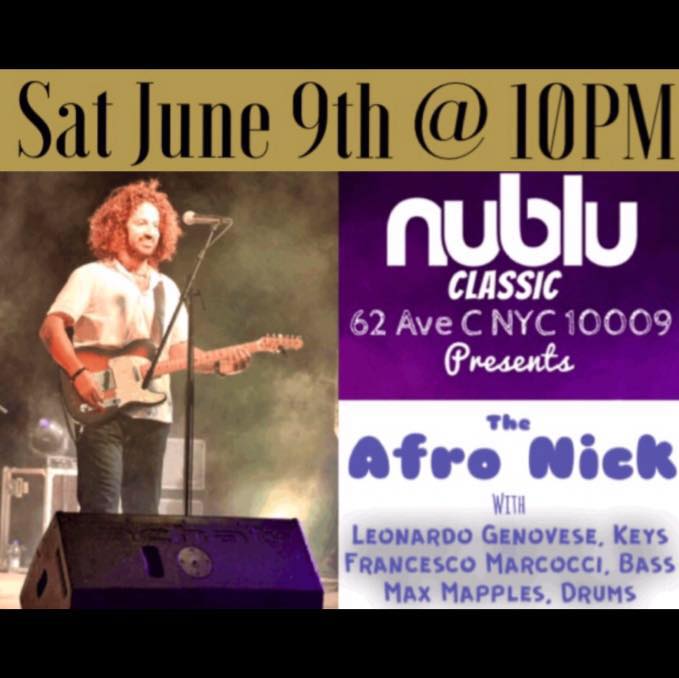 The Afro Nick is an indie rock star that will leave the listener wanting to hear more of what The Afro Nick has to offer to the music world. Afro Nick is the frontman of the alternative rock band “The Afro Nick.” His latest single released on May 9th, 2018 titled “Wild Angel,” is an indie rock track with over 123,000 plays on SoundCloud.
A melancholy tone and tune in the beginning of the first verse to describe how the artiste felt before meeting his wild angel. In the first verse the artiste describes losing his way, but someone came into his life who he calls “wild angel.” As the guitar and drums pick up toward verse two you understand that the wild angel Nick Afro is referring to is someone who he loves deeply. This is a person who was able to pull him out of his darkness and into the light. The wild angel was a sudden force that came in and changed his world. The Afro Nick eloquently describes how important his wild angel is because his wild angel gives him salvation, love, and life. Throughout the song you are drawn into the power of The Afro Nick’s lyrics and the emotions he emphasizes throughout the song. You can hear the pain in the first verse and the happiness leading into the second verse all the way to the outro of the song. This song will truly give the listener love and life. You can listen to “Wild Angel” via Soundcloud below.